The Changing Time of Adolescence | Guest Post for CatholicTherapists.com 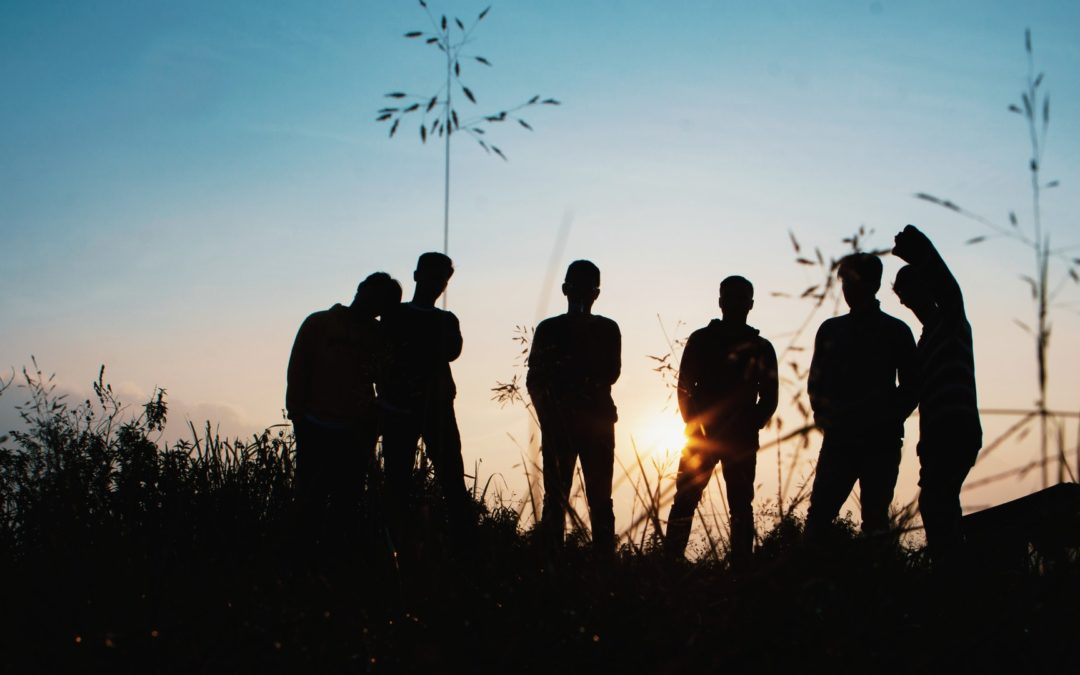 Adolescent  is a Latin word meaning to grow up or nearing maturity.  Anyone who actually has an adolescent in their house will be tickled to know that the word is very closely related to alere, another Latin word meaning to eat.  Whereas the word teenager simply denotes that one is between thirteen and nineteen years old.  In the States, we tend to forget that a nineteen-year-old is still a teenager because we become legal adults in all things except alcohol and tobacco consumption at eighteen.

It is interesting to note that teenager is simply a demarcation of time, whereas adolescent takes a more qualitative approach to the maturing adult. Adolescent carries with it the idea that there are certain signs that need to be present before we can call this person an adult.

Adolescent denotes a sense of tending toward something, a perfection yet to be obtained. This is very much the experience of adolescents: they are learning to become adults, to become men and women with strong identities who can contribute to society. Erik Erickson, in his book The Child and Society, explains the adolescence’s experience as the effort to form an Identity and to avoid Role Confusion, that is, to avoid a sense of confusion about one’s place in society. This is a very different experience than the child.

Child is an old Germanic word meaning descendant. The emphasis here is not on what the child is becoming but from whom the child came: their parents. The child is radically dependent upon their parents and while this dependence decreases over the years, it is still a key feature of a person’s life for many decades. Indeed, one might even view the time of adolescence, the time of growing into an adult, as a time of consciously taking on to oneself the roles one’s parents have played. Erikson’s Identity Development Stage is in many ways little more than learning how to be a parent to oneself.

To use St Thomas Aquinas’ terms, the adolescent learns to exercise his own virtue of prudence rather than participating in his parent’s expression of that virtue. As an adolescent embarks upon their decade long quest to become independent and grow in their own virtue of prudence, a lot of things will change during that time. Hormones increase, strengths and weaknesses in skills relevant to education and future occupation are emerging, impulsive behavior increases, and the child you once knew seems to disappear entirely.

Here are some things parents can do to help during the changing time of adolescence:

As our adolescents grow up, they must learn how to make the right choices. Choices are selections we make among a variety of options. If we do not offer our adolescents options, let them choose, and then respect that choice regardless of the consequences, we deny our teenagers the opportunity to grow in the virtue of prudence. Prudence is the ability to apply universal principles to particular situations, a difficult task for most adults let alone adolescents.

Tip: Instead of telling your teen to do their homework, ask them – “Have you made a plan to get it done?”

Better they fail in a matter of their choosing then to succeed in a matter of your choosing. As a marriage and family therapist and high school teacher nearly, every adolescent client I have had expresses this sentiment at some point. Sometimes it is expressed, “I would have read that book, or done that chore, had they not told me to do it.” Just as children must learn to use toys and do school work without being given the answer so too must teens learn to navigate the adult world without being given the answer.

Tip:  After something doesn’t work out for your teen, don’t say “I told you so.” Instead say – “How can I help you get through this?”

3. Friends are more important than you

Friends take on the role parents once fulfilled. Parents give guidance and instruction to their children. As children become responsible for making their own decisions, they look to those who are faced with the same challenges as themselves. Rather than short cutting their development by giving teenagers the answers – as asking an adult might do – consulting peers allow teens to work through the problems of independence and the virtue of prudence. Additionally, teens will turn to other adults – mentors, coaches, and teachers – for advice and insight.

Tip: Encourage your teen to develop those networks which will support him when he stands on his own in the world.

4. YOU are more important than friends

What changes in adolescence is not a fading of the parents into the background but a changing of roles between parent and teen, indeed this relationship expands to include the characteristics of friendship. What teens value in friends is that, “They get me.” or “They have my back.” Who are these statements truer of then one’s parents? As adolescents become adults an equality develops from which friendship can grow. Many parents seek to have this friendship while their child is still young and consequently provide no discipline or boundaries necessary for a child to grow into a competent adult. If only these parents knew that adult friends, especially those we have given birth to, are the greatest pleasure on this earth.

In his Commentary on the Nicomachean Ethics, St Thomas Aquinas has what seems to be a throwaway line, as though he expected his reader to already know that, “We never call youths happy.” Happiness flows from actions executed well. Many of the actions of the adolescent, like the adolescent himself, are growing toward their perfection. Much of the adolescent’s time is spent in training, either of the intellectual virtues in school, or the physical virtues, in sports and play, or even the moral and theological virtues as the adolescent takes on a role in society which is less dependent upon his parents. Thus, few of the actions of an adolescent are done well, that is to say, are virtuously done.

Much of the work of raising an adolescent is reminding him of previous successes and alleviating anxiety about the future in ways that develop their own virtue of prudence, that is their own independence.